Taking pictures of the terroir

"My first impression of this man: he's crazy," the journalist Jean-Charles Chapuzet starts his biography of Michel Chapoutier. The only 50 year-old cult winemaker from Tain l'Hermitage, who constantly seems to brim with ideas, yet never says a word too much is already considered one of the most important wine visionaries of our time. 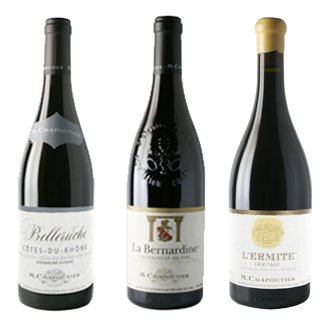 Michel Chapoutier is bright star and one of the best winemakers on the planet. 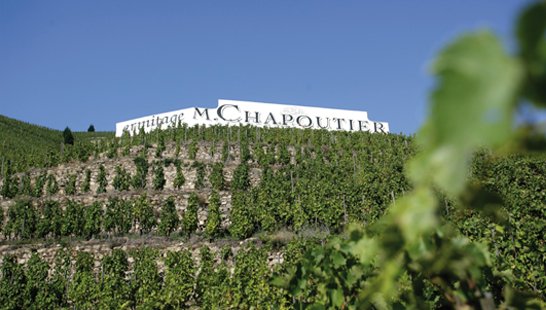 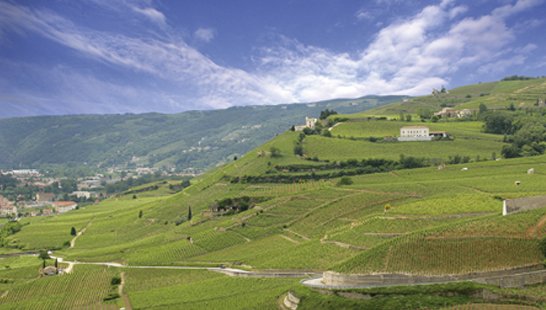 In 1989, when Michel Chapoutier is 26, his father delegates the management of the wine estate and trading house founded in 1808 to Michel and his brother Marc. While he gets himself acquainted with the production, his brother takes care of the marketing of the wines. Earlier than other producers in the region the two brothers realize that the Rhône must change dramatically to keep up with the increased quality requirements of the export markets. Michel Chapoutier is convinced that great wines are made in the vineyard and not in the cellar. He consistently relies on the philosophy of a low yield per hectare, abstains from using culture lees and vinifies even smallest lots of land separately. Michel Chapoutier proceeds against harsh tannins by consequent de-stemming and avoiding the last fraction of the pressing process and reduces the period in the wooden cask.

Finally, for his own vineyards he puts emphasis on biodynamic farming. According to wine guru Robert M. Parker that constitutes the most remarkable leap in quality he has ever seen. With tremendous vigour and fuelled by international success Michel Chapoutier keeps acquiring own vineyards in prime locations all over Rhône and at the same time inspires long-term contract growers to implement fundamental improvements in their vineyards. Under his lead popular Rhône classics originate in addition to some of the highest rated wines in the world. Such local wines of great authenticity are La Bernardine Châteauneuf du Pape, Belleruche Côtes du Rhône and La Ciboise Côtes du Luberon. From the Côte Rôtie in the North to the villages and crus of the Southern Rhône, including Rasteau, Gigondas, Tavel and of course Châteauneuf, M. Chapoutier represents the Rhône in such an authenticity and typicality like no other winery.

One-of-a-kind for his craft, he owns vineyards in prime locations all over Rhône. Almost exclusively Chapoutier prevails over the famous Hermitage appellation. In addition to classics like Les Meysonniers from Crozes and the wines of the famous Hermitage appellation La Sizeranne, Michel Chapoutier produces wines from some of the most outstanding parcels that both Wine Spectator and Robert M. Parker unanimously rank among the best wines in the world. These Sélections Parcellaires - regularly rated with up to 100 points - are the result of meticulous manual labour and originate from large, partly age-old vines, which are managed in accordance with the principles of biodynamic farming. Like Chapoutier’s white Hermitage Chante Alouette, the Sélections Parcellaires are among those wine experiences you never forget.

Outside the borders of the Rhône Valley, Michel Chapoutier produces renowned wines, especially in the Roussillon. His Banyuls is so impressive that you cannot ignore it.